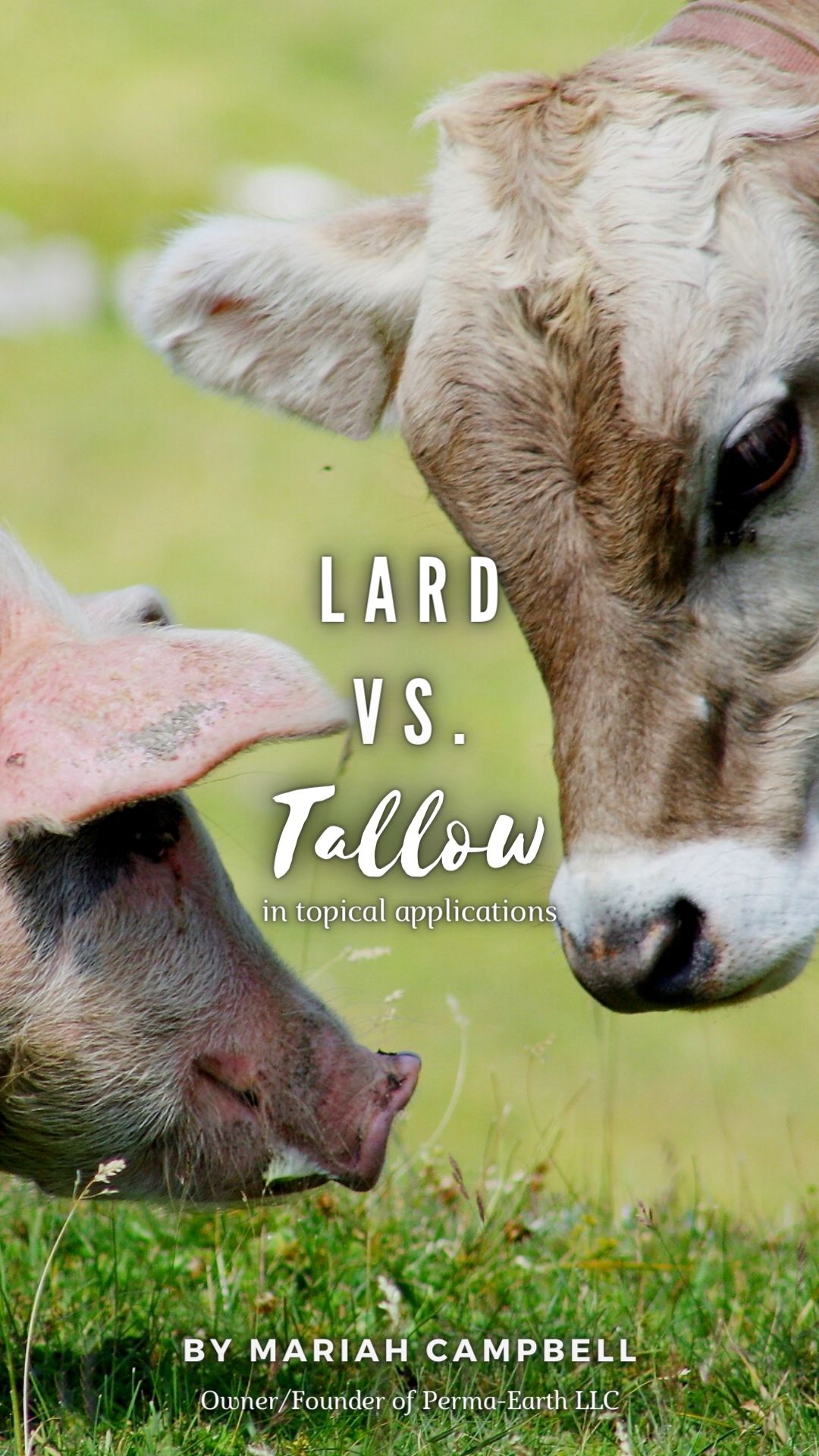 Defining Lard and Tallow – What Are They?

History of Use for Lard and Tallow

Lard has extensive uses in baking as a natural, healthy shortening – providing a flaky, hearty and delicious crust or bread.

Many people on the lard train like to claim that lard contains Vitamins K & B, but these claims have yet to be accepted by nutritional scientists. More on this is found below!

Lard also has a history of use for haircare. Since medieval times women have used pig fat to help regrow hair with success. Women also used to set and condition their hair with lard. The combination of lard and starches produced rigid curls and stiff hair styles for women and men in the 17th and 18th centuries.

While lard is wonderful for skincare and haircare, there are stability issues that prevent it from mainstream commercialization – which is why we add an extra dose of natural Vitamin E for preservation and other ingredients to stabilize the texture. Lard does not always have a consistent color, appearance, and odor from batch-to-batch based on seasonal diet and environmental exposures of the pigs.

Many people on the tallow train like to claim that tallow contains Vitamins A, K, & B, but these claims have yet to be accepted by nutritional scientists. More on this is found below!

While tallow is great for skincare and a hair pomade, there are stability issues that prevent it from mainstream commercialization – which is why we add an extra dose of natural Vitamin E for preservation. Tallow does not always have a consistent color, appearance, and odor from batch-to-batch based on seasonal diet and environmental exposures of the cows.

Our Sources – Where Do We Get Our Lard and Tallow?

The source of fat we use is extremely important to us as source affects many nutritional factors of lard and tallow:

First let’s review lard and tallow’s fatty acid profiles. Fatty acids are the building blocks of fat, these fats are necessary for all life forms including animals, plants, and microorganisms. All 3 categories of fats are essential for basic biological functions (including basic skincare and haircare) in their proper proportions.

As you can see, the differences in fatty profiles vary but are still very similar! The main outlying difference in tallow from lard is that it has slightly more saturated fatty acids and an additional polyunsaturated fatty acid called Linolenic Acid. All of these minute chemical differences causes us to treat them very differently. We have to make products in various ways depending upon the fat we choose to use and their applications.

We also take into great consideration the different nutrients that (pasture-raised) lard and tallow offer. Let’s dive into that!

Due to lard’s larger nutrient profile and differing fatty acids, we find lard much more useful for certain applications than tallow and visa-versa – let’s dive deeper into that next!

Various Uses Based On All The Differences – Both Have Their Proper Places!

Lard’s Best Uses for Us

Tallow’s Best Uses For Us

Feel free to reach out to us! You can ask us any questions via commenting below, our social media pages, email, or contact form all found in the links below. We are happy to help you learn more about this fascinating topic!

4 thoughts on “Lard Vs. Tallow”

This site uses Akismet to reduce spam. Learn how your comment data is processed.

24 HOUR FLASH SALE! Get the code on our newest Instagram or TikTok reel @permaearth Dismiss