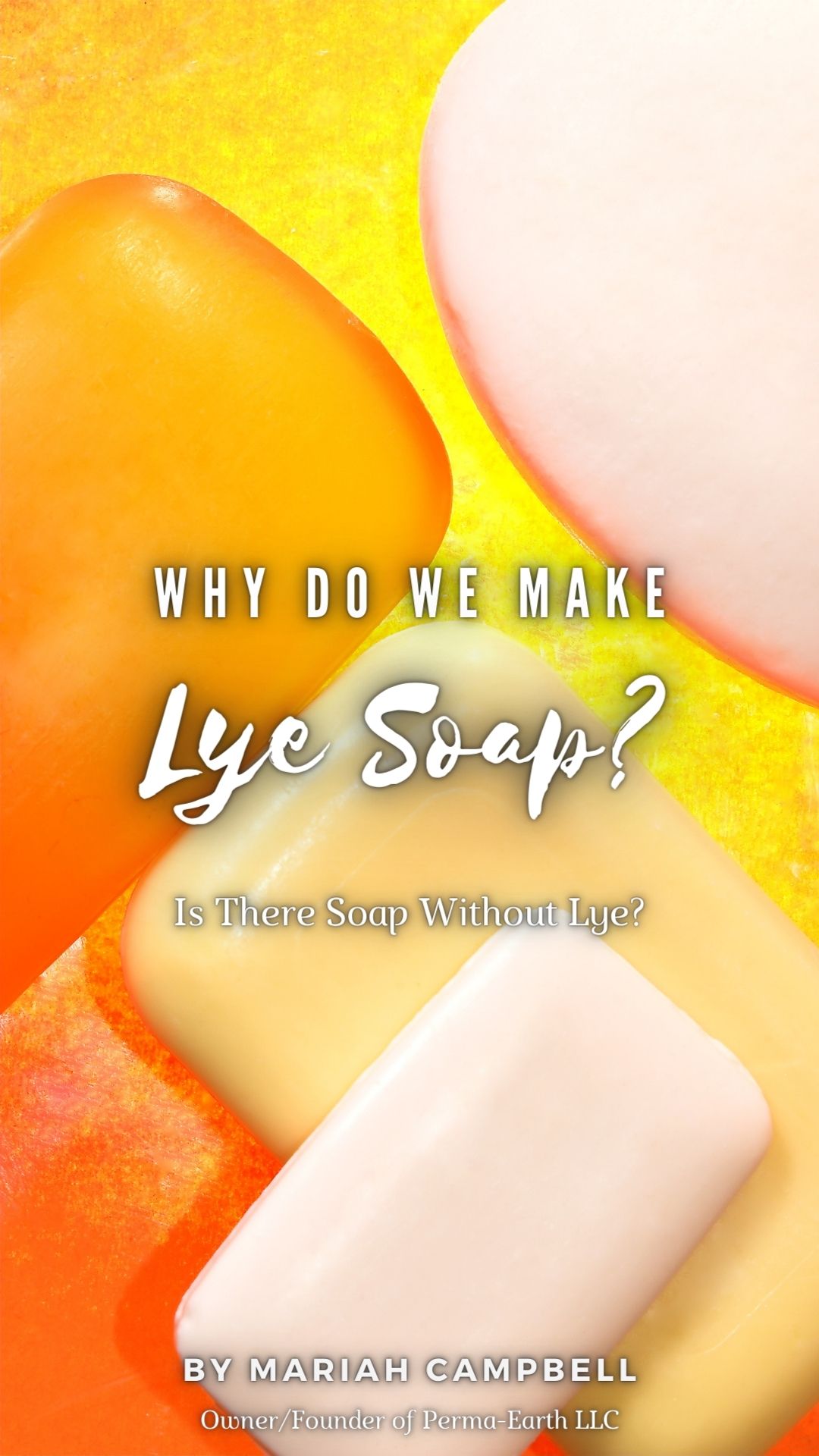 In this article you will learn:

Is Lye Necessary In Soap?

The History of Lye Soap

Are Detergents Better Than Lye Soap?

Lye is a strongly alkaline solution, especially of sodium hydroxide or potassium hydroxide, used for washing or cleansing.

A lye is a metal hydroxide traditionally obtained by leaching wood ashes, or a strong alkali which is highly soluble in water producing caustic basic solutions. “Lye” most commonly refers to sodium hydroxide (NaOH), but historically has been used for potassium hydroxide (KOH).

Today, lye is commercially manufactured using a membrane cell chloralkali process. It is supplied in various forms such as flakes, pellets, microbeads, coarse powder or a solution. Lye has traditionally been used as a major ingredient in soap making.

Lye can be found in nature even without human intervention. Lye is a natural substance since it was originally made from filtering rainwater through hardwood ashes. However, this produces inconsistent purity levels.

For modern purposes, lye is now manufactured in mass-scale production. The 99% purity level of manufactured lye is extremely important for making consistent and safe soap products!

Is Lye Necessary In Soap?

Lye is a necessary component of making soap bars. Without lye or another highly alkaline solution, we cannot ever make soap because soap needs the saponification process – a chemical impossibility without a strong alkali!

“Soap” is an FDA-protected term that is restricted to only real soap products. According to the FDA, soap is a product in which most of the nonvolatile matter consists of an alkali salt of fatty acids and whose cleansing properties are due to these alkali-fatty acid compounds. This definition was written for the purposes of excluding soap from being regulated as a cosmetic.

The History of Lye Soap

Lye soap goes back as early as Babylonian times: when a crude form of soap was discovered through melted animals fats mixed with ashes and water over a cooking fire.

When this crude form of lye soap was found by the Babylonians over 5,000 years ago, they were recorded to make soap for washing purposes based on this original discovery.

If made correctly, lye soap is completely safe as there should be NO LYE left in the final soap! A well-made body soap is simply saponified fats and excess fats.

Soapmaking is a scientific profession, just like baking or any other important job that has a level of hazardous risk. It often takes a year or more of research and daily experimentation in the world of soapmaking to even scratch the surface.

BUT there is an easy way to test for a lye-heavy soap: is the soap crumbly, super hard and spotty white? Does it “zap” your tongue? When mixed with a bit of water, does it read higher than a 10 pH on a pH test strip? And finally, is the soap very drying and almost “burns” when you use it? If yes to all of these, then you have a lye-heavy soap.

Are Detergents Better Than Lye Soap?

But detergents (this includes “naturally-derived” surfactants) are cheaply manufactured unnatural chemicals that mimic the cleansing and nourishing qualities of real soap conveniently… But there is a catch.

Detergents strip the skin and destroy the microbiome of the skin’s acid mantle (even “pH balanced” cleansers).

Soap has an average pH of 9-10, about the same as highly alkaline water or sea water. If you do not want to disrupt the skin’s acid mantle, then technically we shouldn’t even be bathing with pure water.

The good news is that the skin’s acid mantle resets only minutes after using natural soap or washing with water, but the skin can be permanently disrupted or altered with detergents because of the chemical harshness.

Soap is very nourishing and has an almost lotion-like feel compared to using detergents. This is because well-made natural soap bars have tons of free-floating fats that the skin sucks right up – yuuuummy!

So are detergents better than lye soap? We leave that up to you to decide! 😉

This site uses Akismet to reduce spam. Learn how your comment data is processed.

24 HOUR FLASH SALE! Get the code on our newest Instagram or TikTok reel @permaearth Dismiss